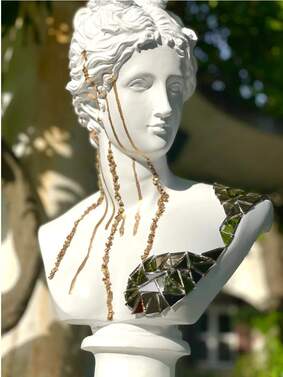 March 22, 2022
So, I'm in the car, out at the park enjoying the sunshine flickering off the St Lawrence River. I'm all alone, there's nobody near me and the park is quiet.
Suddenly my car fills up with the smell of perfume. Yes, very feminine flowery perfume and it was strong.
I realize I have a psychic nose. I can smell them before I see them.
I thought, "Geez! What's that smell?!  My whole car smells like it." Then I thought, "Wait a minute. I've done this before. El Morya did that once and the car smelled like perfumed incense." I asked who was there.
"Aphrodite," came the reply. Ah! A sister from Antiquity.
"Oh." I even know who she is.
I told her we'd talk later because I was busy starting a battle between Light and dark forces over the northern U.S. coast. So I will channel her soon. She left me with a few words and that is, "You think love is a guilty pleasure." So I'm sure she has something to tell us about real love. I personally think it's something that can't easily be defined because I associate love with God.
She told me that the gods and goddesses of mythology were Vegans and Lyrans from the stars. But you know people, when they see a silver craft full of beings descend in front of them, they automatically think they're gods.

Maybe because it's the equinox the goddesses have been coming to me in droves! Anyone else finding that? 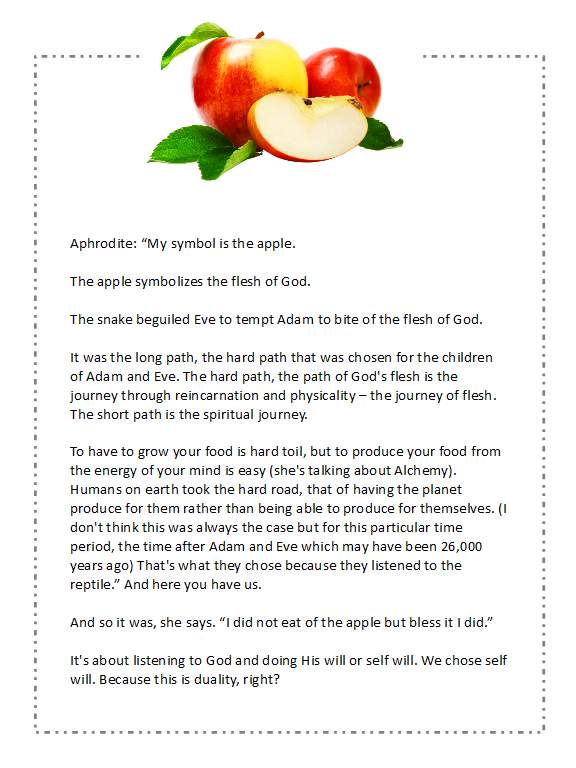 For some reason, I think this is something so I'm going to leave it here.
Adam: One From The Soil, Beginning
Eve: Meaning - Life. Beginning of Life , yes, they were the ones who re-seeded humanity at some point in our history, I think more recently than the Olympians.
Message from Aphrodite,
March 30, 2022
​We the Olympians came to right the wrongs on earth back in Antiquity. Again earthlings had fallen off the God track and had begun to feel the lower energies. They began into consumption, over-use and exploitation of each other.
We the Olympians came to set right their lifes' course. We overwhelmed the Titans in battle, who then became our followers. However earth's strong energies were too much even for us.
We bred with each other to keep our effort alive and we bred with humans to infuse them with our DNA, to set them back on track again.
Many efforts have been made throughout earth's history to re-establish godliness in the hearts of humanity.
The Olympians were just one.
Olympus was set to ascend yet it too, crumbled in ruins. The people turned on us, their own brethren, and we left the planet to return home. (Meaning Lyra and Vega).
We left our seed. What is ridiculed by yours as promiscuous behaviour is our effort to re-seed the God spark in humanity.
Your lack of understanding prevails, to this day.
I am here to set the record straight.
The goddess will return to your hearts.
Blessed be.
May God be with you all
Aphrodite