For Those With Fibro/Chronic Fatigue or Lyme.... 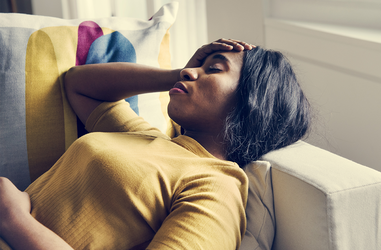 ​Some of you have asked us for help with these conditions. I believe I've finally found something that can be of benefit to you.
We all know that your immune system is being targeted - with the intention of reducing its resistance to viral attacks - and this has been the case for many, many years. This is nothing new, folks.
Looking back, the genetic modification of wheat "to increase crop yields" introduced a substance into our bodies that is unfamiliar to them.
Removal of fiber in the same wheat crop introduced a substance that behaves like refined sugar in the body -  which causes spikes in insulin and eventually wears the pancreas out, causing either low blood sugar, insulin resistance or eventually diabetes.
Birth control pills throw your estrogen levels out of whack, creating further dysfunction within the entire endocrine system, which is under attack by the powers that were.
​Processed foods introduce chemicals and non-food substances into your body that the liver doesn't even know how to deal with. Typically what the liver can't deal with it stores as fat.
​High stress levels from a lifestyle that does not benefit your greater good leave you open to more illness.
We won't even mention the effect of big pharma drugs, anti-biotics and over-the-counter remedies on your body.
​What's worse, because they create such an adrenalin rush, we love them. Remember,   too much  adrenalin in the system activates the fight/flight/freeze or flee response, which sets you up for anxiety and depression; it's the rest and digest response - the parasympathetic nervous system response - that leads you to intuition. Too much stress and the wrong lifestyle leads you away from a life using intuition. There is no balance, only too much of something that when activated in excess, wears you out and creates low vibrational states of mind and emotion.

​How do I know? Because I lived this.  The reason you're experiencing this now is because it's being done to you and you're unwittingly going along with it.  Life on earth now is about becoming conscious and taking your power back, and this also includes the body and your health.

YOU HAVE TO TAKE YOUR HEALTH BACK AND CHANGE YOUR LIFESTYLE. Learn how to create health and learn how to slow down and enjoy healthy relaxation and other beneficial habits.

But it doesn't stop there. With all of this unhealth, what happens next is pathogens can infiltrate and overtake your white blood cells. They live within them, hiding from the immune system which tries to destroy them. Kind of smart, isn't it? Hiding within the immune system itself. And because the immune system is a whole bodily system, it has access to all parts  of the body. These clever pathogens just hitch a ride and get off at the nearest system that looks appealing to them. It could be your nervous system, it could be your gastric system (stomach/intestines),  it could be  your muscular system.

How do you get these pathogens?   Dr. Rawls explains that they are simply accumulated over the course of a lifetime, except in the case of Lyme Disease where, upon being bitten by a tick, a toxic load of these pathogens is released into the body to create an acute reaction. In the case of chronic fatigue and fibromyalgia, these germs are picked up over the course  of a lifetime and because of our out-of-balance, toxic lifestyles, compromised immune and endocrine systems, they slowly overtake the body over time. Symptoms begin to appear little by little until one day you just can't get yourself out of bed or your pain is so severe you're incapacitated. For example, I remember complaining to the doctor at 35 that I was tired all the time.  I was still able to work for another five years and I did so, just paving the way for my final collapse. And collapse I did. I couldn't work anymore.

What Dr Rawls says makes sense to me. I can see the slow progression of these pathogens in overtaking my body and compromising my life. I was affected particularly in sleep, requiring 12 or sometimes more hours of sleep per day just to get up to spend the day in a haze of brain fog (brain inflammation). My thyroid was affected   - my hair falls out in large amounts particularly in the winter. My energy level is minimal throughout the day and  menopause was a blessed relief from the pain, blood and misery of menstruation. Allergies kept me in in the summer and sneezing from just dust in the winter. I avoided as many chemicals as possible because chemical sensitivity started playing a role in my life. I was diagnosed as a celiac with a casein allergy as well, so that meant cheese and ice cream were out. Mood swings, anxiety attacks, depression,  and just wanting to give up were normal states of mind. Of course, Ivo helped me with a lot of that. But my body was still a problem.
And I can tell you, after only two weeks on this system, I've been doing things I haven't done in years, I have so much more physical energy. (I have loads of spiritual energy but I've never been able to really embody it in any lasting way.)  I've been shopping for a whole afternoon, even  driving an hour and a half either way to go to Ottawa  (3 hours' driving and an afternoon of shopping would have been WAY TOO MUCH for me to do for the longest time, there's no way!), getting tired at 10 p.m. at night, going to bed at midnight and getting up FEELING REFRESHED at 7 a.m. Not in years, have I done that! Not in years!

This protocol is not cheap, but what I find is since I've been on it, I've not had to take my other pills to any great extent, I've even not been taking my antihistamine which I've been on daily for about 4 or 5 years. Yes, like that's good for me, isn't it?  I have high hopes for this summer and am hoping to go through the next winter without the customary depression and sleeping on the couch all day.

Now, that's not to say that you just take the pills and forget about it. If you want to see a better response, like I said you need to work at creating health for yourself. Changing the diet is a good idea and that means eliminating bad fats, white sugar and frankly, all carbohydrate, especially chips, cakes and  soda pop. Really, you don't need those or there are healthier, lower carb alternatives in the health food section of your grocer.  Getting some exercise daily is a good idea but he stresses not to go to the gym and start strength training - something lighter like walking, tai chi and yoga are better for you. He also suggests meditation.

I highly recommend Dr Rawls' formula. I get nothing for endorsing his products, by the way. I only share what I've learned with you because I feel ultimately it will benefit the entirety of humanity as everyone else becomes sick and fatigued as we have been. With more of us on the recovery path, we can help those who need to know. I believe that doctors like Dr Rawls are the ones who are creating the new medical system this world is already turning to for real answers, and this will morph ultimately into light, sound and energy therapies of the future. I believe that drugs are the third dimensional healing system, herbals are the fourth dimensional system, and energetic manipulation is the fifth dimensional healing system. Why do I know this? Because I've asked Ivo for help with things, the most recent of which was a boil on my gums   (yes, I know, TMI LOL) and within hours without his even touching me the boil had reduced in size significantly and stopped hurting.
https://vitalplan.com/

WARNING!  This health regime requires you to follow an EXTREMELY LIMITED diet. The reason for this, I find out, is that with changes occurring in the stomach and gut, many foods will upset the gut, cause pain and sickness. The foods you'll be limited to will be: rice, boiled  or sauteed vegetables (a limited selection), fish, chicken, and some fruit. Salads and other raw vegetables are out. Fruit high in sugar such as grapes and pineapple are out, bananas are limited. Rice is the carb of choice with potatos, pasta and even sweet potatos being  not acceptable. Many fruit and veg have leptins and other stomach disruptors, so they're not to be eaten on this regime.  Grains are out except for rice, so no bread and pasta. Beans and legumes are also out because of their tendency to be hard on the gut. That includes peanut butter. No coffee is allowed, no caffeine. Until you start eating this way, you may be like me and experience a lot of stomach trouble, including vomiting.  You have a very limited selection of sauces to eat, soya sauce is out so no Chinese - garlic, ginger and onion are allowed, however so you may be able to conjure up something tasty with that. You will not be told of the extremely limited diet before you purchase the plan. Obviously this would deter many people. Let's face it, you really have to be sick in order to want to put yourself through this limited diet. I can see it producing weight loss, however, so if that's your goal, then this may suit you. However, it is a deprivation diet, for good reason of course because you're not going to want to eat sugar if you're trying to rid yourself of a candida overgrowth, for example.
UPDATE: I'm in month #2 and am finding that some symptoms have returned. This is to be expected because of the die off of parasites as well as the detoxification I'm undergoing. So what's happening is, even though I'm on the very limited diet recommended to do this, I'm waking up with headaches and feeling crabby and miserable, which is how I get when I'm detoxing. Short term pain, long term gain as I see it. It's a necessary evil.