I had expressed interest to my team on finding the closest ley line to me.
The reason I wanted to, although I'm not a gridworker, is to send white light energy into the grid more directly. I felt that standing on a ley line would help me to influence this earth more than just directing the energy from where I was.
So I researched where the closest ley line would be to me on the 3D grid. There are many maps on line with different lines mapped out on them. These maps, unfortunately are not to scale or probably even accurate but you just have to make do.
I said I wanted to go to the ley line and do some energy work with it.
Having forgotten about all of this, I started doing some flyering, yes, low tech third dimensional way of interacting with people. I found a small restaurant that had helped Canadian tr*ckers last January and so I drove down there and asked if I could leave some flyers. They said sure. The flyers as it turns out were very popular.
I was excited at being able to make an impact so I have driven down there (20+ kilometers, nice country drive) a few times to bring in more flyers. As I sat there having my sandwich I have always marvelled at how nice the energy in this place was. I was even thinking of doing a video on it about sensing energy but today I asked Ivo where the ley line is in my area and he said, "You've found it." The ley line crosses through the area of this restaurant. That's why the energy is always so nice there. I feel at my best sitting in this place, seriously!
The ley line goes from Winnipeg Manitoba down through Ottawa and through my region out to Boston, Mass. I'm not surprised that there are cities built on leyline spots and probably even crossing spots. I believe the more lines cross at any location the better the energy could be. Well, that is if it's not polarity reversed and we know who all gets up to reversing the polarities in big cities and so forth.
Today as I was sitting in my chair waiting for my sandwich to be delivered, I even thought to blast a burst of white light through. Not something I typically think of doing when I'm thinking of food, but I did it.
I love the energy in this place! It's 3D but it's very pleasant there, far better than where I live now.
You, too, can either benefit from or give to the ley lines in your area. If you can find a cross point that's even more you can affect. If you want to do further energy work, visit the big cities with large churches, courts and government buildings and send them energy as well.  If you're in a big city, you're already near many ley lines.
The other point I want to make is that if you want to do some lightwork, your higher self will pull out all the stops to help you. You see that in my case here.
I believe most big cities were built on these ley lines because people understood energy back then, maybe even as recently as 200 years ago. Do they now? No, most don't. But this information is not long in the forgetting. As well, many indigenous and other oppressed races are suffering oppression because of their knowledge of these things and more.
https://duckduckgo.com/?q=ley+line+maps&t=chromentp&atb=v314-1&iax=images&ia=images 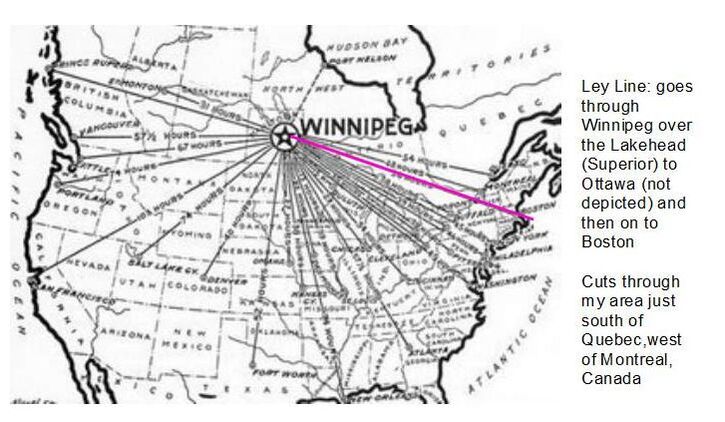