They're Telling Us, They've Told Us All Along
Word Definitions They Didn't Teach You in School

Here's the list of telling words and phrases I've managed to compile as I've gone along. I've seriously forgotten more than I can remember but I'll do my best to compile them. As long as you continue to believe in the system, you'll continue to be sucked in by their "spells" and yes, as in spelling. Seriously, Athena and Ivo point these things out to me.  I don't write this stuff - they always prompt me. I have "ghost writers." LOL

BALMORAL (as in Balmoral Castle in Scotland) = BAL as in the devil Baal, moral so the morals of Baal. We know this place is as evil as **** so here's your tip off. Stop accepting this place as royal, please! See it for what it is.
GOVERNMENT = GOVERN - to control  + MENT - mind  =  mind control
BANKING - a division of Maritime Law - that's why they're called "banks". We refer to "streams of income." We refer to "currency"  root word is "current".
EVIL is the opposite of LIVE
​SIN  = social insurance number (Canada) Sin. So in holding this card and we all do up here, you're considered an evil-doer, taking part in the evil system.

COVID 19 - Certification of V**x I.D. 19 is the year of roll out of the program
TIN - (American) Tax Identification Number. Yes, the TIN man from the Wizard of Oz wanted a heart. The scarecrow wanted a brain and the lion wanted courage. Look at the three fold flame of God within your heart - yes, your heart - God placed courage, love and wisdom there. You are considered a TIN man - a loveless, brainless, powerless man with a TIN number  - a working grunt. That's what they want you to be so don't be that. They're telling you that opening your heart and connecting with 4D is the way out of this mess. They know.
World War 2 ALLIES - All lies.
​CORPORATE - the ultimate goal is gruesome. CORP ATE. CORPOR - as in embodiment, CORPOREAL. But that's the reason they incorporate and you are part of their corporation. They govern your ment so they can ate (eat) corp.
​HOME - Make the "H" silent as it is still in French which is one of the parent languages of English - then you see the OM - home means God. 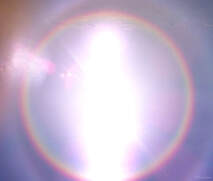 YOUR HIGHNESS - What you say to an Annunaki who used to be physically taller than you are (when giants ruled the earth). Who do you say "Your highness" to now? Yes, still Annunaki.  We have shifted from physical power to mental power structures of ruling over others. Now they are attempting a spiritual power overtake as we continue to ascend and evolve.
TELEVISION = TELL LIE VISION. We've all heard that one but I'll list it anyway. (Tele+vision actually means to communicate through vision but it has a double meaning here, the truth snuck in with the lie).
​I'm not sure about MORTGAGE but it worries me that it starts with "MORT" which is French for "death."
HUMAN = HUE+ MAN - a man of colours or a light body
​UNIVERSITY = UNI+ VERSE = one song or one narrative (obviously taken from the word "universe")
UNIVERSE = one song - the universe is made up of harmonic dimensions or music
EDUCATION  - etymology :   EDU   Proto-Indo-European root meaning "to eat," originally "to bite."   CATION - 1834, from Latinized form of Greek   kation  "going down." Shouldn't education bring you up?
In etymology website, I type in "Buckingham" and the word "Cabal" comes up.  Notice again, the word "Bal" at the end.
ANNUNAKI - Annu - root word of "annual" or "yearly." NAKI - no definition but the next word that comes up is NAZI. The Nazi's that are here all year long. Works for me. Also refers to their manipulation of time.
​CABAL - CAB -  from Latin   capreolus  "wild goat, roebuck," from   caper,   capri  "he-goat, buck." BAL - BAAL.  Better than calling them the "Illuminati" really.
​BUCK (as in dollar)  The word for "male goat" in Old English was   bucca  or   gatbucca  (see buck (n.)
So let's try BUCKINGHAM PALACE again. Buck means "goat".  Ham is an inlet or some piece of land, many cities or world sites end in "ham".  Palace: Official residence of the king, queen, etc. Yes, the goat king/queen. THEY'RE FREAKING TELLING YOU! IT'S RIGHT THERE PEOPLE!
​
So let's not even look at MONARCH. Okay, let's. We know the relationship between MONARCH and MK Ultra.  MONA =  fem. proper name, from Irish   Muadhnait, diminutive of muadh "noble."  ARCH 1540s, "chief, principal," from separate use of the prefix arch-, which is attested from late Old English (in archangel, archbishop, etc.). So this means the principle noble. So how's that apply to the Monarch programming? What are these women? Not sure on this one. I'll bet there's more.
DEVIL = D'EVIL. That's a no brainer. D' is French for "the".
Why you call a royal "SOVEREIGN" - BECAUSE they're above the law. Unfortunately the law only applies to you, if you let it.
Why we call children "KIDS". You don't even want to go there but think of goats, baby goats.
Old company SEARS ROEBUCK - Sears is "seer" as in a visionary or occultist and roebuck is a goat.  Fortunately they went under and I never shopped there much anyway.  There sure are many references to goats in our language, aren't there?

There's sure a lot of animal terminology in our money culture. A buck, a bull market, a bear market. Who would want this to be? Another animal like a goat, for example. Money isn't the root of all evils, the system is evil.
RADIO - RAY + DIO. Dio means God in Spanish, I think.  The God of the Rays. Yes, typical modesty employed by DS scientists.
​BELIEF - Be + lie. Be a lie.
​Why do the words "MEDICAL" and "MEDIA" have the same root "MEDI". What does Medi mean?  In Catalan, which is a Spanish derivative "Medi" means ENVIRONMENT. So they create an environment. I'm going to suggest that word etymology can tip us off to when this programming was begun or perhaps where it was started in some way.
​OCCULT - means "hidden, secret." Notice the use of the word "CULT" there. Cult means: Also note the use of the word CULT in CULTURE, AGRICULTURE, SOCIOCULTURE, HORTICULTURE, CULTIVATION, BICULTURAL, MULTICULTURAL, FACULTY. Makes you think, doesn't it? What religion or sect considered to be extremist is in all of these things?

BLIGHT. A disease. Notice the use of the word "Light" within it.
​FLIGHT. Same thing. Notice the use of the word "Light" within it.
PLIGHT.   plight (v.)
"to pledge, engage by solemn promise" (obsolete except in archaic   plight one's troth), Middle English   plighten, from Old English    pligtan, plihtan "to endanger, imperil, compromise," verb form of pliht (n.) "danger, risk". This is an example of a word that's meaning has dropped in frequency from positive to negative. Like the word "respect." As people dropped in frequency word meanings changed from positive to negative. Respect used to mean to hold a person in high regard. Now it means you respect me or I'll threaten you.
DELIGHT.
​ENLIGHTEN.
SLIGHT.  slight    slīt      adjective
EMBODIMENT. You're the body of your mental.
​INTEREST.  interest (n.)
mid-15c., "legal claim or right; a concern; a benefit, advantage, a being concerned or affected (advantageously)," from Old French interest "damage, loss, harm" (Modern French intérêt), from noun use of Latin   interest " it is of importance, it makes a difference," third person singular present of   interresse " to concern, make a difference, be of importance," literally "to be between," from  inter "between" (see inter-) + esse "to be" (from PIE root *es- "to be"). The sense development to "profit, advantage" in French and English is not entirely clear."- ​  I'm sure there's more to this. Use of err  or INTER means to bury in the earth or a grave. EST could be French for "to be". They might be saying what they did with the interest you paid them - they buried it in the earth or in the DUMBs specifically.
​​BUCCANEER - old  word for "pirate" based on the male goat, the buck.  It was like calling somebody the devil's right hand as we might have more recently.  By the way, who were the biggest pirates? Yes, those imperial forces who came and plundered already colonized lands.
​