Kevin Hoyt mentioned that the phallic monument in Bennington, Vermont could be a transmitter. I asked Ivo if these phallic monuments could be transmitting mind control signals. I recall one of my channels saying that mind control is difficult for them to take down because it's so localized – in other words the signals are being transmitted from many different vehicles in localized areas.
These phallic monuments are part of the problem, says Ivo. I believe there's a worldwide network of them. They have to come down.
You think of a transmitter as being something rigged to an electrical system and these are just made of rocks. They couldn't transmit anything. Think of it this way: earth has its own system of energy delivery – it has its own chakras, and they are being tampered with.
These obelisks are pyramid shaped, granted not as wide at the base, but they are pyramid shape and we know that the pyramids are energy conductors. I believe the pyramid shape is based on the shape of a vortex which is what's created by the unseen movement of energies. Reference a tornado. Everything vibrates even all the cells in your body  and everything vibrates to a frequency. It would be a question of either aligning the frequency of this granite to the frequency of your thoughts or using the granite as  simply a transmitter of energies directed towards it from perhaps underground. I'm still investigating this.  It'd be interesting to get an EMF detector and see if  there are any EMF's produced from these obelisks.
How many cities have you lived in that have an obelisk? A war memorial in a cemetery? An Egyptian obelisk, gifted from one city to another. These obelisks are transmitting mind control locally.
Look all over: cenotaphs, towers like the CN tower, there are so many different monuments and towers that take the shape of something that can broadcast energies. The human body is also an energy transmitter, transmuter and distributor, but these obelisk/towers also do the same thing but for the globe.
I was just reminded as I did a search about the "mysterious obelisks" that have been popping up around the world. Article below.
https://www.thetruthseeker.co.uk/?p=87517
https://www.flickr.com/photos/23268776@N03/galleries/72157633257569371/
http://www.obelisks.org/en/
https://see.news/egyptian-obelisks-around-world/ 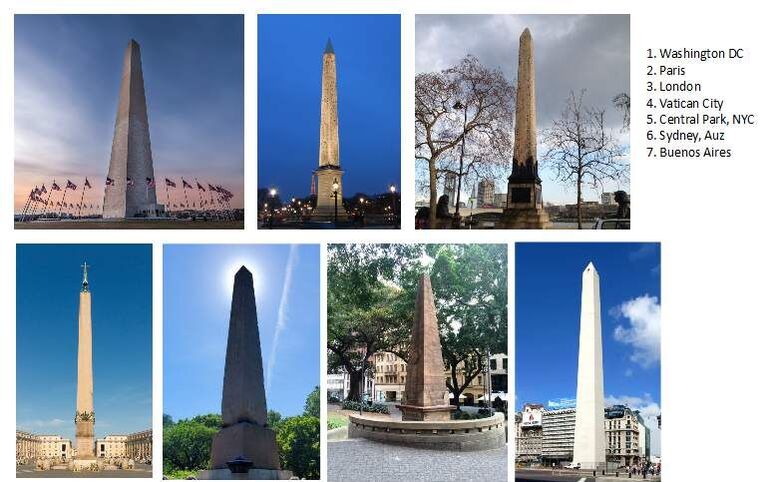 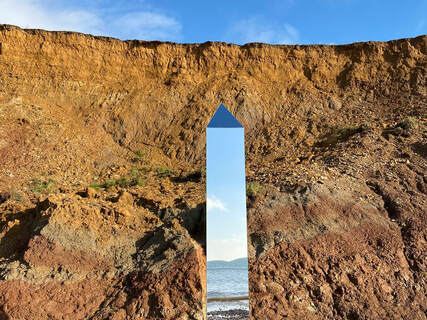 News of the first monolith in the Utah desert in November gained worldwide headlines, with many noting the object's similarity with alien monoliths that trigger huge leaps in human progress in Stanley Kubrick's classic sci-fi "2001: A Space Odyssey." AFP/@AlexiaRFishwick

OTTAWA - A mysterious monolith -- similar to ones that have appeared briefly in the Utah desert, on a heath in the Netherlands, in Warsaw and on a Romanian hilltop -- has now popped up in Toronto.
Canadian media said the four-meter tall shiny metal structure, which appeared to be hollow, was spotted on the city's shore on New Year's Eve.
READ: New shiny obelisk sighted on Britain's Isle of Wight
Similar ones were also recently reported in Vancouver and in the midwestern city of Winnipeg.
Images posted on social media describing it as "Mono-terrific" showed Toronto's downtown including the iconic CN Tower in the distance.
Local residents were giddy, eager to get a glimpse of the installation that some suggested online was either "rogue art," left by aliens, or a promotion for an upcoming film.
Nobody has claimed credit for the monoliths that have popped up around the world, and then disappeared.
READ: Mysterious monolith in US desert reportedly disappears
By Friday morning, the Toronto monolith had been vandalised with red paint.
News of the first monolith in the Utah desert in November gained worldwide headlines, with many noting the object's similarity with alien monoliths that trigger huge leaps in human progress in Stanley Kubrick's classic sci-fi "2001: A Space Odyssey."
I DON'T believe that they're there to create huge leaps in human progress unless you consider a huge leap to be becoming a cyborg. I believe these monoliths have a nefarious purpose. I heard my ETs tell me that they would put pyramids down, even small ones, if it were their handiwork.
These monoliths have to go. They're behind a lot of their agenda.  I remember seeing articles such as this last year but didn't take much note. Now they have my attention. Why? Because we're taking down the MSM now, we're becoming the new media, and now other forms of mind control are being revealed to everyone as I am doing now.
We now have another way to increase the awakening process in others.

https://www.youtube.com/watch?v=AdV_KvYVwg4&t=903s
As a matter of fact, there have been several. To what extent humanity has been put onto another timeline I don't know but Ashtar has told me that around the time of the Spanish flu (1918), more people were originally wiped out until they reset the timeline.

I was attracted to this because I've been watching people's video that come up with questions about our history. However, I believe the domes and spires are being used as mind control vehicles. Perhaps they weren't intended as such in the old world he suggests existed but they are now.  Yes, seriously, why would people live in such opulence and then suddenly now many are living in poverty? He's suggesting that people since the reset are too stupid to create anything this magnificent.

I just had a thought.... what if, when you change a timeline, to get rid of the old architecture such as what's in these photos, you just have to envision it gone and it vanishes. The human mind is that powerful. It's such a pity that these buildings are no longer with us. 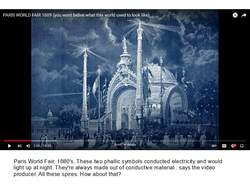 History is not what you've been told. Check this out. So much proof exists to contradict their narrative:
www.youtube.com/watch?v=Kv_2toQrryQ