On Being an ET

How do they live? What do they do? What can they do that we would never think of? Sharon hopes to begin to answer these questions.
The Tanpora
This video of Brian Jones playing the tanpora on "Street Fighting Man," by the  Stones I can't stop playing. The instrument sounds hauntingly compelling to me. Ivo says it's because he plays a similar sort of instrument on Elteron and I'm being reminded as I listen to it. We get many of these "pings" as we go through life, some of which I've described below, to help wake us up to our true reality.
listen here
How Do Their Ships Work? 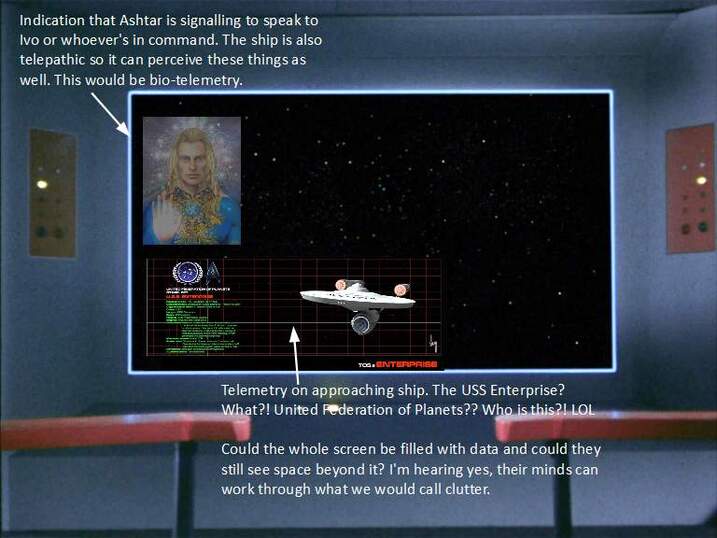 ​The front window in the bridge in the Vegan mothership doesn't just show stars and ships and strange anomalies as it did in Star Trek TOS. I kept wondering why Ivo was always staring at the screen all the time, so I was told this. The screen shows space, yes, but it also shows screens of scientific data, what sensors pick up (these sensors are not mechanical - they are biological because the ship is telepathic), the sun's eruptions  and maybe even pictures of ETs that are trying to contact them - like facial recognition in a way. And if Ivo sees Ashtar's image come up he can say, "Yes, I'll get back to you, boss," carry on with what he's doing and then break when the chore is done to speak to Ashtar.

I'm sensing they have many "screens" that tell them many things and that's what the different technologists are doing on the bridge, which is quite large. If Ivo needs information they can supply him he can either go talk to them, watch their personal screen or he can bring it up on the main screen and watch there.

He has a computerized box with many things he can input to customize his personal space. He can basically watch everything going on in the ship  at once if he wants to. He can also call for "room service" to service his personal suites if he finds out that VIP's are coming to see him. Our living quarters which are more like a house, are near the bridge. 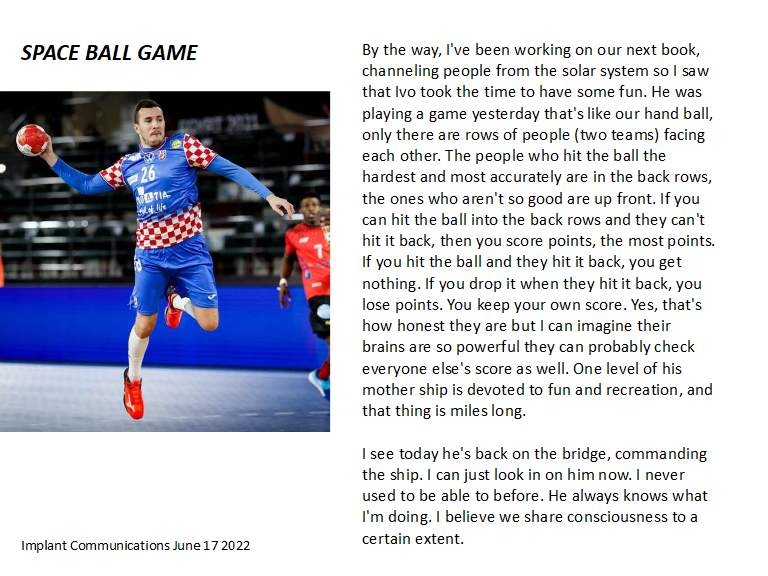 June 18, 2022
One of the things  I kept wondering about when I was a kid was why everyone here was so short. I thought it was because I was of Dutch descent, but then since I'd never physically been to Holland, how would I feel this way? It was because on Vega, I'm 6 foot tall and frankly probably pretty short for the people who live there. Ivo is 6'9" and Ashtar is 6'5" not that he's Vegan, but the people there are generally over 6 foot. Not here and I noticed that as a kid.
Imagine being an alien soul and landing up here and comparing what you knew to be life and what passed for life on this planet and knowing, absolutely knowing deep down, that this place sucks! I'm not surprised that test after test of my eating habits says I use food for comfort. Not surprised at all. Knowing I wasn't where I was supposed to be but not remembering where that was or who I was supposed to be with was Hell. Worse, landing up in an abusive situation.
Yes, I glanced an eye over my parents, hoping I was adopted.  But I realized that since I looked so much like them there was no way I was adopted. I was theirs. So I worked hard, and yes, I worked hard... I had all my aunts' and uncles' birthdays memorized and I knew the family tree, almost as if I had to study it to convince myself I belonged in this family, and then Ivo had to work hard to convince me I wasn't later on. I've gotten myself now to the point where I realize that I cannot bequeath my home to anyone in my earth family because it's not theirs really, it belongs to the GFL. Hopefully at the time that I die which will be of my choosing, the GFL will be a legal entity here on earth. As we'll be in 5D, I expect that won't be a problem. Hopefully we can do away with these money-related legalities anyway. Even better.
When I was young I had a massive crush on Captain Kirk, who was green eyed (Ivo has green eyes, not blue as depicted) and was the commander of a star ship. This is some kind of psychological transference, I believe. "Well, you're the best I can find around this place, so you'll have to do."
​I also went to see the first Star Wars ten times.
May 18, 2022
​Our Life Together and the Motherships 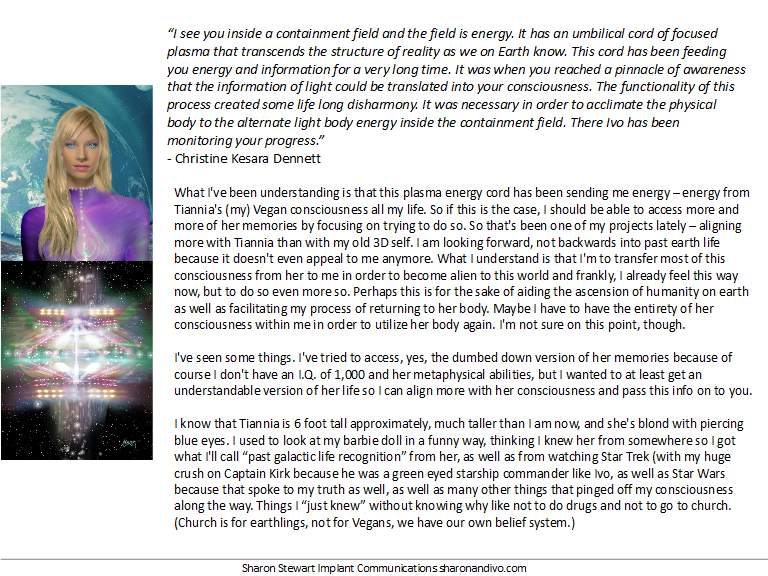 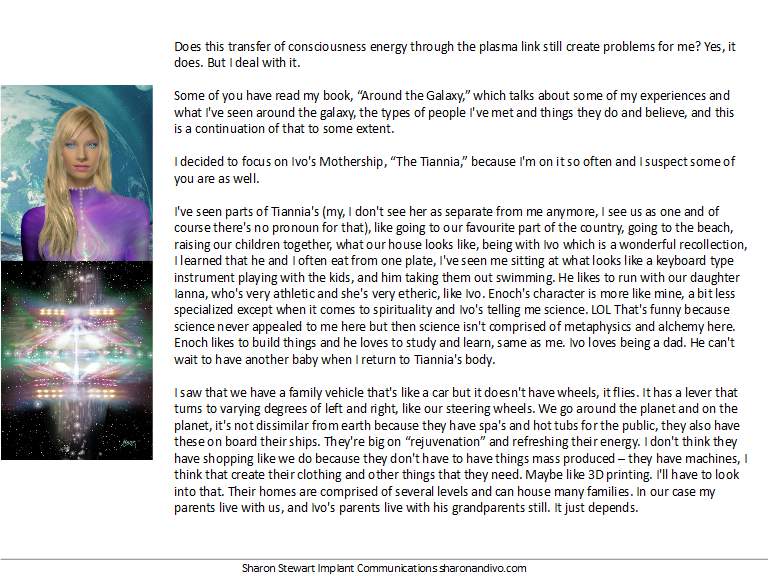 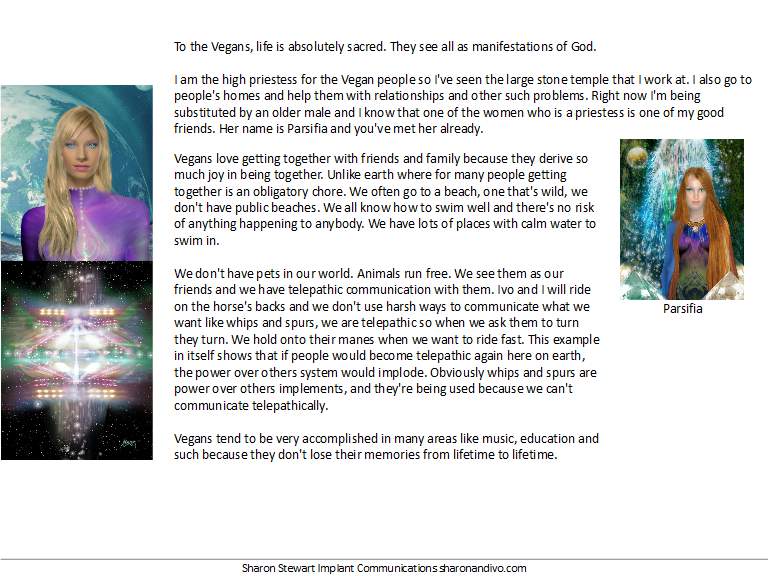 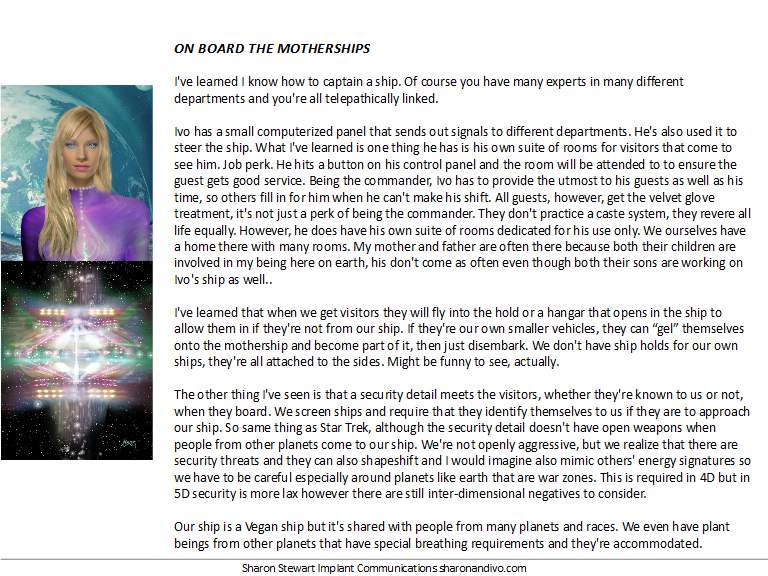 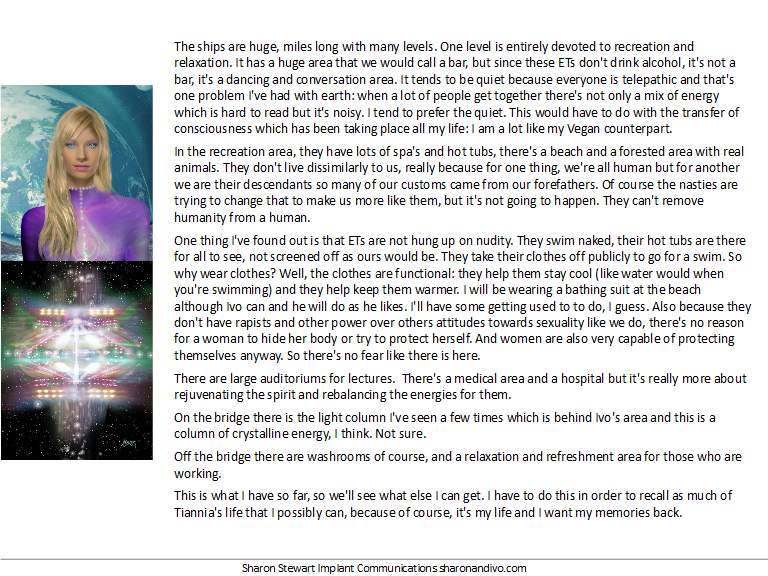 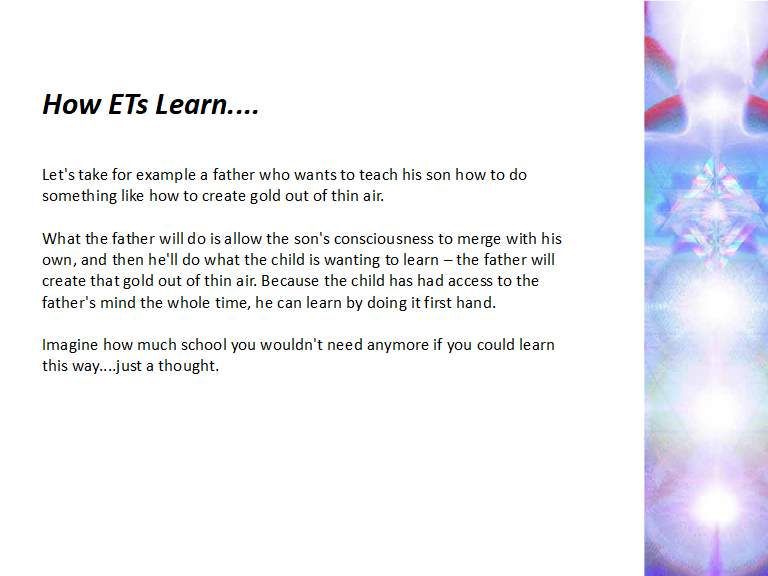