The Rapture, Grand Solar Flash and the Prosperity Funds

This is Implant Communications' Official Statement on these subjects.  If another channeler said something other than what we're telling you, GO ASK THEM what they meant, don't ask us! Thank you. 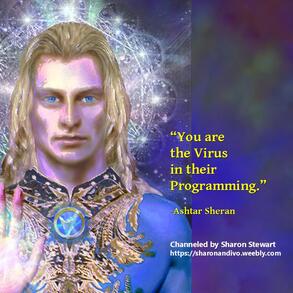 they believed themselves to be godly, and so they believed they would take over Heaven. The rapture refers to them. They believe they are the Christed ones.
Understand your bible, hence your religions, carry within them many means with which to circumvent the believer   (to confuse the believer, let's face it - the bible is still being interpreted, isn't it?)    With the religious confused, the negative alliance believes this leaves the spoils to them. There exists the necessity of the creation of this reality through belief, so they have made the human to believe that they will be the benefactors, but as is so often the case, they take the spoils.
Me: Yes, they do it all the time. They lie and they lead us to believe that if we donate money, that money will benefit humanity when they take it for themselves so you see this trick of having us create something and then their stealing it. So they altered the bible to do the same thing: tell us we'll ascend but they believe they'll be ascending and leave us to die. So why are they going through all this business of culling the herd if they think they're going to ascend and leave us behind?
Ivo: Not all of them believe this, my love. Some do. Some believe they will stay on earth, just as humans have so many different beliefs, so do the non-humans and their human companions. As for killing you all off, remember they believe you are the impure, the heathens, they think they are earning their place in Heaven by killing you off.
Me: Oh, I see. They believe they're the gods, so they think the rapture will raise them to heaven, while the rest of us die here on the planet.
Ivo: Correct. They believe their anti-Christ is the real Christ, the Christ of the bible is a false prophet.
​
(If the rapture says that all people of earth will be taken into Heaven, then they're going to be sure it's them and not us, hence the culling of the "useless eaters" - us! BTW God had other plans. LOL

This makes sense, that's why they've taken human form, for example. You've got to ask if they hate us so much, why be like us? Well, this is why. I still believe "The Rapture" is the Grand Solar Flash.)
COBRA on the Grand Solar Flash
They would like to trigger the Galactic pulse as part of their End Time prophecies with nuclear war “ordo ab chao” ekpyrosis:
https://en.wikipedia.org/wiki/Ekpyrosis

​Current estimates, reports COBRA, that the GSF will occur before 2025. That's an estimate.
(At this time, we all are being given the chance to go. All of us. It's up to us to make the choice - stay with the old paradigm or move on to the new. Not all will go. Some will stay with the old and stay on the lower timelines. This is what's being determined now - who's going to go. You're being prepared for it now so be nice. That's why things are being done, revealed as they are to us - to have us anchor these changes to create the new 5D world, and to prepare us for the Grand Solar Flash. That's why we keep saying if you haven't done any ascension work, pay attention to the Storm.)

Eighty percent (80%) of people on this planet will START this journey, however there will be a fall off (attrition) along the way. Some will make 5D, others will be left in the natural 4D timelines, which will experience positive change. Some will be left in the negative 4D timelines according to their will.
St Germain on the Grand Solar Flash
​St Germain: The potential for the grand solar flash increases with the increased awareness of the people of earth and the refusal of the DS agenda. There is speculation it is to occur before 2025.

Other than this we can tell you nothing more, as there are still too many potentials to be played out before this Event. The sequences which will lead to the grand solar flash are all sequences to be carried out in logical order, as this is universal law - the Law of Cause and Effect. One effect will create the next cause and so on and so on. The grand solar flash is simply a result of many causes having lead to effects and it will be the last effect for those who are contracted to rise to fifth dimensional frequency on the earth.
​
Be assured, however, because we are working to steer the people of earth in the correct direction all the time.
So many of you have been listening to many players in the light community who discussed this topic at length prematurely. What this did was set up your expectations far in advance of the Event. I wish to discuss with you the importance of listening to people who do not appeal to your fears – when a person is appealing to your fears, they are manipulating you in order to achieve an end, quite possibly that end being a financial gain or popularity. Sharon recalls two people who seem to have fallen off the radar lately, who were doing this.
We wish to warn you that there are many scam artists within your community and these scam artists typically appeal to your fears in order to manipulate you into paying them for something.
This is a time of great revelation, and the fakes are being revealed just as much as the ones who are truly working for the Light are. Your jurisprudence....
Me: Your what?! Nobody knows what that means, Saint!
StG: Very well. Your discretion is highly advised. Will that suffice?
Me: Yes. English has changed, Sir! Very much so!
StG: I see. I rely upon you for accurate translation.
Me: Arguably, my English is already outdated but my implant is programmed to use this only but it'll work for the time being.
StG: Very good, Sharon. I bid you adieu.
St Germain on the Event:
​June 2022

The reason you can't understand what's going on is that you have to change your thinking. So many people think in terms of a goal, but this isn't a goal ... it's just life happening. We're changing a lot right now, but it's life.  Don't wait for the Event because you want to leave the planet and leave all this stuff behind, I know, I hear you. I don't like it much either but you can be happy despite all that's happening. Like Ashtar says, focus on the  Progress, don't wait for the end of it because I'm sure it'll take longer than you want for it to happen.

Count the blessings throughout this process and you'll be able to balance out your frustration, or upset over losing loved ones. Yes, I know it's hard. I have a whole family that's vee'd right now but these are unusual times and your soul chose it in order to grow from or to be able to free the people of earth to enjoy the benefits of life that you have enjoyed in the higher dimensions.
SOME VIDEO'S WITH MORE INFORMATION YOU MIGHT ENJOY:
https://rumble.com/v1ens3c-ismael-perez-shares-galactic-updates-along-with-space-force-connections-the.html
ANOTHER OPINION ABOUT THE EVENT:
https://www.youtube.com/watch?v=SdreYa0101k&t=205s