You're Being Trained and Tested 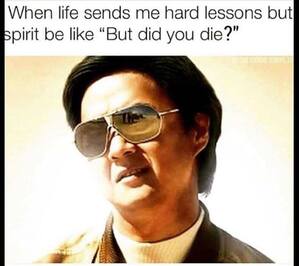 THIS IS FUNNY BUT THERE'S SOME TRUTH TO THIS TOO!
​
​The reason you're being trained is because you made the right choice.
Because you made the right choice when you were given choices.
First, you understood that you do have a choice. If you think that's funny, then look at what's going on with masks, or vaxxes: people don't feel they have a choice.
You're so much further ahead than they are - you understood you have a choice and you made the correct choice in order to further your multi-dimensional (psychic) abilities. If it isn't clear to you yet, this path of the Warrior is about making choices, some choices will get you ahead and others will either stagnate you or worse, move you backwards.
WE ALWAYS HAVE A CHOICE. And we're always being tested. Always.
Throughout your life you have attracted a certain set of circumstances, just like all upon earth have attracted the circumstances we find ourselves in now - because we were asleep and unable to stop it from happening. This isn't our fault entirely but it is our problem because our being asleep had to do with secret manipulation we didn't realize was happening. Well, this is being revealed now to further wake people up.
​​
This whole process of the Storm is about waking up and being able to make different choices. If you do the same thing you've always been doing in response to the DS, then you're not taking your power back. If you change and do something different to stop them, then you're taking your power back.
Life is about seeing what you will create and then how you respond to your own creation.  If it needs fixing, you will feel the inclination to do so through pain and suffering.  This indicates the situation you have created has too low of a vibrational frequency to be able to sustain you. 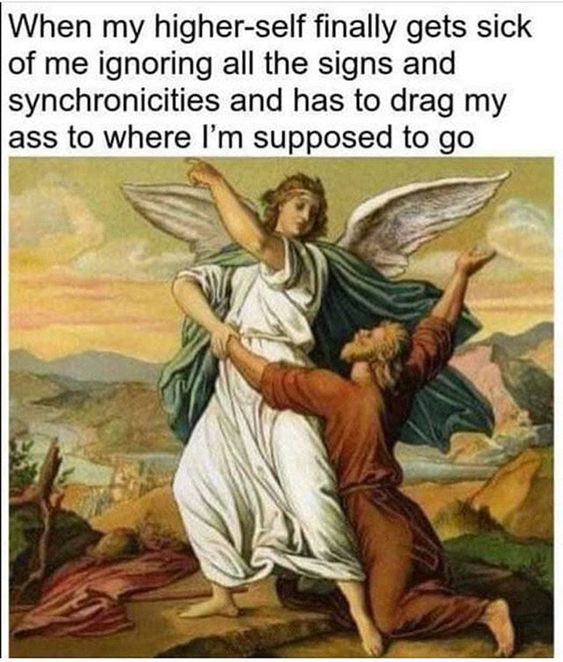 For the lightworker/light warrior, your guides will lead you to circumstances you require in order to further your activation in your role and to fulfill the promise of your life's contract. This feels fulfilling in that in experiencing this process you begin to understand who you truly are. You may not necessarily be aware of this process until such time it manifests in your physical life, because many lightworkers don't have full knowledge of their astral/etheric activities. Some do. Some have partial access. This access, for example, will increase the more you focus on doing the right thing.  At night time, in the astral/etheric planes, you're fully activated, on earth you're not. Your going through this process of activation (ascension) benefits humanity. So this means you had to start as a "normal" earthling and develop into an activated lightworker. No way around it, sorry.

For example, I cite my case. In the beginning I channeled, thinking myself to be "just" a channeler. As time went on, my third eye opened wider and I began to see more things that were actually around me in my physicality, so I began to act on them: I began to make the right choices. I started mentioning blips I was seeing to my brother, Merton, and in so doing, I began to see more of them and we started to shoot down negative craft.

I also astrally went into the tunnels and rescued people there. In doing more and more of this lightwarrior  work, I am given more to do.

It's about the choices I made. If you tell yourself that you can't do this work, well, it won't be given to you, or worse you'll be thrown in feet first and you'll end up in a panic because you don't believe in yourself. I've heard from lightwarriors who this happened to. They were seeing Archons and they were being guided to fight with the Archons but because they didn't know what was going on and they didn't believe they could fight an Archon, they failed the  test. Ivo and I explained what was happening to them so presumably this helped.
I can think of times in my life when I completely failed at realizing what was going on and I made the wrong choice. For example, when I was in my late 20's I was meditating and I decided to do a "marathon" meditation for two hours. I raised my frequency so high during this meditation that  I ended up hearing Ivo and many other speaking to me and he said, "We're your friends and we love you." I thought this was neat however I DIDN'T ASK QUESTIONS (which was a total fail) and I just chalked it up to another funky experience and never did anything about it. I believe making these poor choices has to do with mind control and it's that that you've come here to fight for your own sake and for the sake of other humans you're in the earth collective with.
​
Another time, I was studying at a spiritualist church to become a psychic. Clearly I already was, but I felt I had to go to school for it. Sometimes you don't. You're just a natural. What ended up happening, of course, as was the case in so many other parts of my life, is other people's attachments realized who I was and started creating hell for me there, so I ended up literally running out of there because I couldn't take such a dysfunctional place. I'll bet the place returned to some semblance of normal once I left, but I didn't go back there. In that way the dark was able to stop me in my tracks.  It was basically a test that I failed. I'm sure it gave Ivo some idea of what he had to teach me - learn to deal with the negatives because I was completely green. I had no idea  of any of this.
Another time, same voice tells me to stop at the ATM. I argued with the voice that I'd just use the debit machine at the store. Trouble is, the debit machine wasn't working so had I stopped and got cash, I wouldn't have been left searching for cash when I got to the store. My guides realized I was too stubborn in doing things my own way and not listening to their advice, so what they had to do was allow me to experience the results of my own stubborn headedness. And I did. I spent the next few years listening to my self and ended up living with a drug addict who beat me up, and having to run for my life back to Niagara Falls. Had I allowed them to guide me before this point in time, I might have fared better. I had to suffer the consequences of what I was manifesting by listening to only myself. Suffice it to say when I was at a bad place in my life, I was more open to guidance. And my life has recovered.

Sometimes I have premonitions and they come true. I find this happens with other starseeds, two starseeds together create a higher energy exchange than a starseed and a human, I believe. I think of something and then something happens that confirms to me that I'm either creating or seeing into the future. DON'T DISMISS THINGS LIKE THIS. Enjoy them! Be grateful for them and they will continue to grow in your life. If you don't appreciate them, along with anyone else who feels unappreciated, they will go elsewhere.
​
Another time, I was asked by someone I believe to be a starseed to go out with her one night. She asked me what I wanted to do. I said, "I'd love to see a 54-40 concert." She went back to looking for Christmas gifts for her children, and in doing so, she saw that 54-40 was playing at a big box store the next weekend, so she asked me to go. These are not flukes, folks. This is the way humans really interact with energies. The concert was good, by the way. We were right in the front. This is absolute proof to me of a benevolent God, a benevolent universe, if you will. It wants to give you what makes you happy. It has, of course, a personal interest in your higher vibration because you are a part of it, or Him. This is also proof to me that God works through others.

IF YOU CAN DO IT ONCE, KEEP PRACTICING AND YOU'LL BE ABLE TO DO IT AT WILL.  IT'S ABOUT WHAT YOU BELIEVE OF YOURSELF, WHAT YOU EMBRACE AND YOUR INTENTIONS   - Sharon Stewart​ 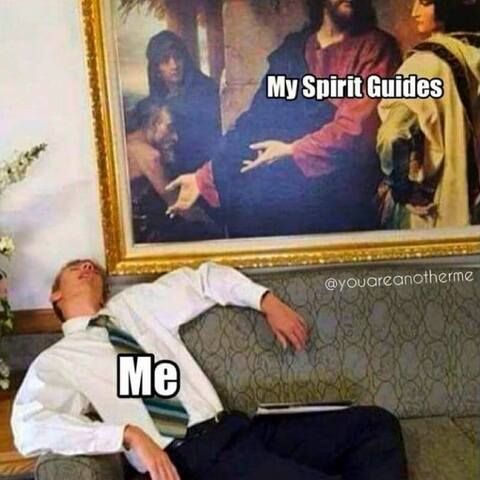 THIS IS A JOKE
Now, at this point in time, I am looking at furthering my skillset. I believe the direction it will take has to do with what I have already accepted and am working with now. I have been shown many things I can do, this list is only a few examples of things that have "happened" to me - things I have been shown I can do, and so now I ask, "How do I have to change in order to be able to utilize these skills more efficiently and consciously? What do I have to release and what do I have to embrace in order to strengthen these skills and how can I use them?" I'll get the answers. Believe me, I will. You will too.

The bottom line of this message is: If you experience something you can do, perhaps a psychic talent or you can sense energy, or you see something otherworldly, KNOW YOU HAVE THE ABIILITY TO DO THIS because if you keep saying, "Nah! That was just a fluke! It was nothing or I must be crazy!" then you will allow that skill to further lie dormant within you. It's important, as well, to work with your children because they are earth's future, and what do you want? Same old, same old, or do you want a future world of mystics and seers, more fully empowered humans who can create a loving world for all?

​So validate your skill by not fearing it. Many of you fear psychic abilities. Stop it. They're normal. What's not normal is NOT having them.​
Then practise the skill.  You won't be able to turn water into wine right away or turn lead to gold, but practise something that you feel you might be able to achieve.
​
This is all about mastery of the mind, folks. It's your mind that creates your reality, and you can bend reality to your will provided your will is benevolent. If it's not, then it won't work because fear is of such a low vibration that it has no great psychic charge. However, bear in mind that negative thoughts about others do harm them but they harm you just as much. The empowered human is not fear based, he is love based.

By the way some images are just jokes, folks. Your spirit/ET guides are a lot more patient than we think they are.

As I see it, with the average 20 year old starseed or teenage starseed benefiting from earth's higher energies as (s)he goes through 4D, benefiting from the better DNA which has been cleared of negativity, benefiting from the new systems and new health care professionals who understand more the needs of the developing crystalline human being, and with earth's fields and the bodies' templates having been repaired, when you get to my age of 60, I figure you'll look nothing like I did, you'll still look like you're 30 years old, you'll be a lot healthier and you'll have far more multi-dimensional abilities than I do now.  Provided you listen to guidance and do the work. Otherwise they lie dormant.
​